David Fairclough started just 92 games in an eight year Liverpool career yet his standing as one of the most famous goalscorers in the club’s illustrious history is without question. Another 66 appearances as substitute boosted his Anfield career total and it was for his role as Liverpool’s number 12 for which he is best remembered. Fairclough was, and always will be, the original ‘Supersub’. Yet it is a moniker he loved and loathed in equal measure and one he felt ultimately held him back in his career. In this refreshingly candid autobiography Fairclough relives the highs and lows of a colourful career. He recalls his meteoric rise to stardom and the priceless contribution he made to the Liverpool’s remarkable success under Bob Paisley. From his key role against St Etienne on arguably Anfield’s greatest night, through a career that witnessed 19 major trophies, Fairclough lifts the lid on what life was really like for him in the Anfield dressing room of that time, his often fraught relationship with Paisley and explains the psychological burden of being cast as ‘the outsider looking in’. In an evocative collaboration with journalist Mark Platt, Fairclough’s story is at once a compelling insight into one of the greatest teams in football history, populated by the great players whom David played with and against, and the gripping and characteristically honest memoir of one of Liverpool’s most popular sons.

David Fairclough was born in Liverpool in January 1957 and joined his boyhood club as a schoolboy striker. He exploded onto the scene as a 19 year old, his goals helping propel Liverpool to a League and UEFA Cup double - the first silverware of an extraordinary trophy-laden haul over a seven-year first team Anfield career. Despite many crucial goals, a guaranteed starting place was often elusive and he became universally known as 'Supersub'. Fairclough later played in Canada, Switzerland and Belgium as well as spells with Norwich City, Oldham Athletic, Tranmere Rovers and Wigan Athletic. Now a respected football analyst, Fairclough is a familiar face on LFCTV and remains a revered Liverpool legend. Mark Platt is the author of eight previous books on Liverpool and a producer for LFCTV.

Have Questions?Ask An Expert

You have successfully subscribed!
This email has been registered

Have a question? Need some help? Want to talk about Bobby's new hairstyle? Give us a shout. We aim to respond to all customer inquiries within 24 hours.
If you don't hear from us in 24 hours it's likely our response got caught by your spam filter or there was a typo/incomplete email address on the contact form.
x
★ Reviews

Easy to purchase, shipped and got it within a few days. All around great seller!

I don't know what I would do without the fine folks at the Anfield shop!

Top, top quality. Above and beyond what I expected. Up the reds. 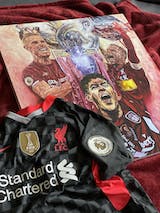 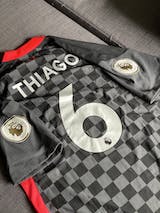 Its very very nice, its of good quality 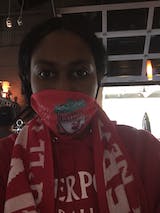 Well, who doesn't want to celebrate the Premier League championship. I have this hanging on the wall in my home office. It looks amazing.