Even though there is an “about us” section of the website, some of you may have not made it over there before. Instead spending your time on deciding which T-shirt to buy (you should get all of them)

So instead of giving your money to nameless and faceless corporate sites that have inventories half the size of Canada I thought I would give you guys an insight to who you’re actually buying from. Real people who put their real blood, sweat, and tears into this business all for the enjoyment of mighty Reds fans all over the world.

I always loved watching footy and there was just something about Liverpool! Istanbul was legendary. When I finished Graduate school in 2007 I went to the UK and spent some time in Liverpool. The minute I saw Anfield I got goosebumps and knew that this club was really something special.

Where did the idea from the store come from?

The idea of the store came about when Josh and I got married. He’s in the US Navy and I knew that we would be moving around quite a bit and that I needed to look into a different career. The thought of applying for a new job every 2-3 years was really scary and I thought I had learned enough as an engineer/project manager to do something on my own…just didn’t know what. I proposed the idea of the shop to Josh and he gave me the go ahead. We started with only a handful of products and have grown to almost 400 different LFC items in the store!

How many times have you been to the UK/Seen liverpool FC live?

I’ve been to the UK 3 times and saw my first match (LFC vs. West Ham) in 2010. It was incredible. By that time we had also started working with Jamie Carragher’s 23 Foundation and met up with them and had a fantastic time. They were able to introduce us to Jamie which was the icing on the cake really.

You had a stable job, and left it to do something you loved. How did that make you feel?

Leaving the world’s largest aerospace company to start an estore was pretty scary. I had a great job and engineering degrees….so on paper it probably doesn’t make much sense. But life is funny sometimes and after the great start to the shop that we’ve had, I wouldn’t trade it for anything.

What happens at on a match day at the AnfieldShop.com household residence?

A matchday for us is gathering around the TV with LFC shirts on eating pancakes. Josh is a great cook. Sometimes it’s quiet and other times there’s yelling at the TV 🙂

Any friends/family with competing football rivalries?

No real rivalries within our friends/family. We’ve been able to spout the gospel of LFC pretty well so if they root for anybody, they’ll root for Liverpool.

How has it been rewarding so far in the shops first year?

We’ve received such great feedback from customers about the shop so far. They’re so happy to have a place to shop in the US and get their items quickly. We’ve been expanding the clothing line right now based on customer demand. We’re also constantly on the hunt for the latest and greatest Liverpool FC-licensed items to stock so we hope to continue to be able to add new items every week.

Current favorite item in the shop?

My favorite items in the shop are the tin metal signs. To have your very own ‘This is Anfield’ sign on your wall is really cool.

Shops plans for next year and beyond?

We want to make the shop as big as we can. It’s been frustrating not to be able to get Adidas products in the shop. They have a very defined list of retailers that they sell to and since we started the shop they haven’t added any…so we’re kind of stuck in that one. Hopefully we’ll get some opportunities next season when Warrior takes over.

Shoutouts to our blogger Christopher who has been doing an amazing job with the social networking side of the shop. I think the biggest battle that we’re always going to be up against is that people don’t know we exist…so we we’ll continue to reach out and make sure people know we’re here 🙂

There you have it folks. We are not a big company ( 3 people) but we are honest, hard-working and will do people who will do whatever we can to satisfy your Liverpool FC desires. Follow shop owner Alisha on twitter @AnfieldShop And Site blogger Christopher @AnfieldShopBlog

Be sure to keep checking back on the blog often also as I will offer my personal thoughts on our Reds, and some other random thoughts I think are worth sharing as well. AnfieldShop.com/blog

Thank you all for your business, be sure to keep reading and have a Liverpool filled day!

15 minutes before kickoff, you are frantically searching for your lucky Liverpool wristband. You search everywhere, you can’t find it. You ask your pals, your dog even if they have seen it, no luck.

You start to panic

You know if you can’t have it on by kickoff, Liverpool will lose by 5 goals, Anfield will crumble to the ground, and the entire city will be swallowed up by a massive sinkhole, and you will have to wait 6 more days with despair until the next Liverpool match.

You find the wristband in your pocket. ALL IS WELL The Reds will now win by at least 5 goals. Cause you know, the wristband is all powerful, do not question it, or look it in the eye 🙂

What are YOUR gameday rituals that must be competed to achieve match day greatness? A special meal? A tried and true shirt? sitting is a designated area?

Will be the lucky 400th follower? When I eclipse the mark I will be doing an exclusive giveaway for twitter followers of @AnfieldShopBlog 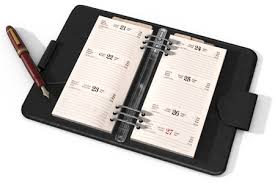 Liverpool’s fixture schedule is now out and reads as follows

October, December, January, March, and April look to be months where we should put able to put some points in the bank. Looks like we have only 2 times this season where we have back to back tough games, with November having @ Chelsea, and next week home to Manchester City, and then in February we host Tottenham Hotspur in front of Manchester United away.

I have just entered into a gentleman’s agreement that Liverpool will end the season with a higher point total than Chelsea with a friend of mine. Looks like the beverages will be on his tab!

Follow me on twitter @AnfieldShopBlog RT me to all your friends and spread the Liverpool FC love! The season has been over for about 6 weeks now. So many great memories, it seems like just yesterday we were in Euphoria over Miereles’s goal against Chelsea, or maybe picking your jaw up off the floor from the record 35 million pound transfer fee that was paid for Andy Carroll.

Now that those memories are safely stored in your memory banks. How are you passing the time until Liverpool’s 11-12 campaign starts? Do you have other sports that you follow? Other passions/hobbies? Or maybe you just lie wishing that it could just be August, please?

I myself am moderately fortunate to live in the USA where the MLS season is in full swing. Yes I know that this league does not have world class play, but it does just enough to take the edge off until we are able to witness Suarez pass the ball around like it was on a string, or maybe Stevie G drop the hammer from outside the 18 and give us a lead once again. COME ON AUGUST!!

Everyone has towels, but not everyone has the Official Liverpool L4 Beach Towel. Put it on display and have the classiest bathroom in the land!

Liverpool’s first splash into the summer transfer window pool was made when a fee was agreed between Liverpool and Sunderland for the services of Jordan Henderson. Obviously Damien and Kenny think very highly of his footballing talents, but what do we really know about him? 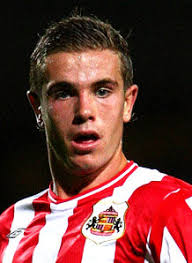 Henderson is 20 years old. His birthday is June 17th 1990. Which means he turns 21 on next Friday.
Jordan earned his first team debut with Sunderland at Chelsea on November 2008. He spent a significant portion of his 2009 campaign on loan at championship club Coventry city.
He has hit the back of the net 6 total times with his goal high of 3 coming last year for the black cats.

I am not exactly sure what the plans are for Jordan next season, but I am glad Kenny has his talents at his disposal. Does start on the bench, working his way into the starting 11? Is he our brand new right wing from day one? A midfield role along side Gerrard? Color me Red with excitement for any of those options. What role do you think he takes early on?

Are you headed for a sunny summer holiday? Or maybe weekend at the beach? Or just catching a few rays in your yard, or just need a new towel for drying off after a shower. Any of these things require a towel. And if you need a towel, why not get one from the world famous L4 Range from Liverpool FC? Measures approximately 60″ x 30″ which means it covers pretty much everyone except Shrek.

For one glorious week AnfieldShop.com will be offering this excellent beach necessity for only $18.75 which is 25% off the regular price. Go head and try and find it cheaper anywhere. We already looked, and you can’t. Order one today! Don’t miss any sun or waves without it!

AnfieldShop.com recently rented out a billboard along a medium level traffic highway. And I thought “Well, I think I should get a picture under the board to commemorate the occasion.” All it took was: 1 hopped highway barrier, many sticker bushes, another higher fence scaled, a pair of ripped jeans and a war wound on my left leg from my knee down my shin, the photographer standing in the middle of the highway and TAA-DAA!!

Credit to Mandi Webster-Martin for taking the photos and standing in the middle of the freeway.

Any Liverpool fan in your life have a summer birthday coming up? We have over 350 Items that they would love! How about an LFC honors flag?

The summer transfer window is now wide open, and the craziness ensues. Liverpool FC has been linked to everyone and anyone who has scored a goal or completed a pass at any level of competition.

How do you prepare for the potential transactions?

Do you see a name linked with LFC and instantly scour the Wikipedia, and YouTube for information and highlights? Or do you sit back and wait for official press releases from the club themselves when there is actual pen to paper? Or maybe somewhere in between?

Hopefully the first day of the transfer window brings good news! Can we start next season yet? PLEASE?!?!