So, the season has ended, and the blog will now shift gears somewhat, and cover some topics other than the greatest football club in the world.

The South Sound has some great places to watch football. First up; Doyle’s Public House

Tacoma Tide coming to the neighborhood. The Brown Bag Brigade will meet one hour before every home game for a “march to the match”

Bus to all home Sounder games. All games shown with sound.

More live soccer than any bar in Washington. Replays available upon request.

Atmosphere: The walls are adorned with beer and footy memorabilia, but not in an over the top Applebee’s sort of way. The highlight of the decor is the floor to ceiling Premier League table which is always up to date with current point totals. Doyle’s has a ton of great local music on weekends. I do wish that there was another television somewhere in the bar when bigger matches are on.

The Menu: The menu at Doyle’s has a wide variety of appetizers and excellent sandwiches, and feature a shepherd’s pie of the month. (May is Enchilada) The most outstanding thing on the Doyle’s menu is the Black Bean Burger. All you red meat lovers give it a try, you WILL NOT be disappointed. Meaty, spicy, savory, de-lic-ious.

Match day vibe: Pub owner Russ Heaton is a huge Liverpool supporter and ALWAYS brings copious amounts of enthusiasm when the Reds are on. Big LFC matches are a blast at Doyle’s. Some good lively banter, without any threat of a brawl breaking out. Matches that are against some of the teams with a smaller local following can be a bit sleepy sometimes.

The Verdict: Doyle’s is a soccer pub without many bells or whistles, just the way it should be. You might be one of a handful of Red fans for a match, but order a black bean burger and all will be forgotten!

Just because Liverpool’s season has ended doesn’t mean the deals have ended as well! We are currently running a 15% off sale with the code “EndOfSeason” when checking out. Stock up during the summer to avoid withdrawals 🙂 ORDER HERE

On a personal note, I turn 30 today which makes me reflect a little of course…. Working this blog and twitter for all the Liverpool supporters I have come in contact with has been the greatest “working” experience of my life. I hope to have a conversation with all of you at some point. Merchandising in footy pubs has also been a blast as well. Many things are going on behind the scenes to make next season ever better than the first. We even rented our first billboard! (pictures to come soon)

Hope you have an excellent summer, but keep checking AnfieldShop.com often, as well at the Blog. 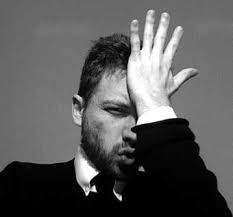 So, our season ended with a gigantic THUD as we miss out on European play and lose our final two matches of the year.

So I think we can all agree that we have a fair amount of dead weight on the squad. Here’s who I think should go immediately:

If they have further injuries, I think we must cut ties with Agger and Aurelio should find employment elsewhere also.

Think I am being too harsh? State your case for any of these players to stay.

PRIZE GIVEAWAY!!
The person that leaves the best/most original/funniest comment (which I will determine) will win a free 2011 away kit black knit hat! Contest ends 5/27. One entry per person. 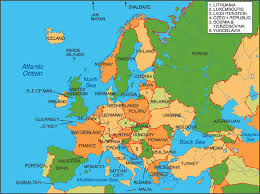 Going in to the final match of the year Liverpool still has an excellent shot of making it in to the Europa league. But the question is, do you want it?

A lot of the people who do not want the Europa league think that it will interfere with the paramount goal of getting into the UEFA champions league. Mostly by not giving us a proper off season of rest and practice. Instead preliminary games start in July.

Do you want the Europa league? Or would you rather focus on the bigger prize?

Also, where are you watching the match? As of right now this blogger is going to watch it on ESPN3.com because there is no other option.

It’s the end of the season and if you want to save 15%, use code “EndofSeason” to save big on everything LFC!

Follow me on twitter! @AnfieldShopBlog When I hit 200 followers, ill be doing a prize giveaway! Don’t miss out

We now have a shirt in the shop that honors the fallen 96 Reds, and donates 100% of the proceeds to the families of those affected by the Hillsborough tragedy.

100% of the profits of this shirt will be donated to the HFSG (Hillsborough Family Support Group) We do not make any money making these shirts, but we feel that this is the right thing to do. Help us help families of the 96 by ordering a shirt for you or a loved one.

The match VS Tottenham on Sunday was so disappointing for so many reasons. Kenny’s first game after signing a 3 year contract. Our last home game, and wanting to finish strong. We could have clinched 5th place and a Europa league birth. All of those hopes took a dent about 10 minutes into the match courtesy of Rafael van der Vaart.

Yes I realize Howard Webb gave Tottenham a penalty when it didn’t look like it was inside the box, but what befuddles me more is how out of synch we looked. Missed passes, and poor first touches all over the pitch. Did we get cocky with our recent run of success? Did the boys take it easy in training? I would like to think not, but that’s for Kenny to know and for us to wonder.

As a result of our performance Anfield Shop will not award the imaginary cape of excellence to any player, as there are no deserving candidates.

Europa league isn’t out of reach though, but we no longer control our own destiny. Spurs cannot win, but in the event of a draw or a loss, coupled with 3 points from our boys secures the Europa league. If we are to draw, Spurs must lose and we would be ahead on goal differential.

Follow me on twitter @AnfieldShopBlog to get latest updates on new blogs and current deals and specials from AnfieldShop.com. Also follow @AnfieldShop to find out exactly when new items will hit the shelves for the masses. Keep a close eye on the t-shirt tab, always new ones showing up!

The match at Anfield on Sunday will determine who will play in the Europa league. So many story lines: Dalglish named manager, Crouch returning to Anfield, Europa league up for grabs, both teams looking to finish strong are just some of the articles that will be written when the final whistle blows

Where are you watching the match from? Your local footy pub? Or your easy chair, with feet kicked up?

Want updates on when new blogs are posted? Follow me on twitter @AnfieldShopBlog Or if you have a question for the blog, send an email to christopher@anfieldshop.com Liverpool has been getting goals in bunches like they are on sale at Costco. Most of these goals have been scored while Carroll has been mostly absent. When Andy is deemed fit, who does he take out of the starting 11? Spearing? Maxi? Meireles? Kuyt? Kenny has some tough decisions ahead. Who do you think should ride the bench?